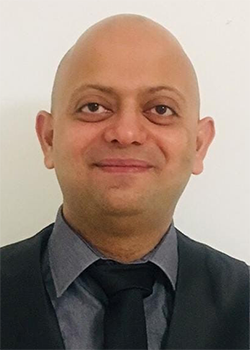 Students looking for BSc/MSc/PhD thesis or a HiWi job are suggested to make an appointment via email for personal visit.

Farhad Merchant received his Ph.D. from the Indian Institute of Science, Bangalore (India), in 2016. His Ph.D. thesis title was "Algorithm-Architecture Co-design for Dense Linear Algebra Computations." He received the DAAD fellowship during his PhD. He worked as a postdoctoral research fellow at Nanyang Technological University (NTU), Singapore, from March 2016 to December 2016. In December 2016, he moved to Corporate Research in Robert Bosch in Bangalore as a Researcher, where he worked on numerical methods for ordinary differential equations. He joined Institute for Communication Technologies and Embedded Systems, RWTH Aachen University, in December 2017 as a postdoctoral research fellow in the Chair for Software for Systems on Silicon. Farhad is the recipient of the HiPEAC technology transfer award in 2019.